In Case of Emergency, Dial 911

In the early 1940’s a scrappy group of mountain climbers, mostly native to Switzerland, locked elbows in what would eventually become America’s first mountain rescue team. In those early days, mountain rescues were largely ad hoc. Groups of experienced mountaineers without any formal structure and resources would initiate rescues in a show of solidarity from within the mountaineering community.

From those early beginnings, life saving groups coalesced into robust and highly sophisticated search and rescue units, usually working under the direction of the local sheriff.

Ten years later, some of the same early founders formed King County Ski Patrol Avalanche Rescue Team (KC SPART) a chapter of the National Ski Patrol (which itself was founded in 1938.

During this time search and rescue in King County experienced a growth phase. In 1965 King County Search and Rescue Association (KCSARA) was established for the purpose of advocating for the collective membership and working to enhance cohesion amongst the teams. A non-operational organization, KCSARA’s leadership consisted of seasoned responders from within the ranks of the SAR units themselves, essentially forming a council of veteran experts who would shape and guide the operational SAR organizations while also respecting each unit’s autonomy and culture. 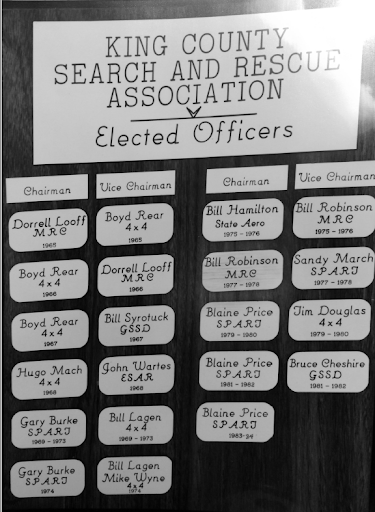 Search and rescue operations continued growing in the years that followed, until about 14 years later when a small but mighty team of man Trackers became a vital resource in one of America’s most notorious serial killer cases – the Green River Killer. An emerging science at the time, the idea of extrapolating clues from the subtlest of signs such as those at a crime scene was a game changer for detectives who were digging deep for any leads. The highly adaptable and organized manpower that SAR offered law enforcement enabled them to cover much ground in their crime scene investigations.

The SAR units that formed in the years that followed once again showed how adaptable search and rescue organizations could be. Pacific Northwest Horseback SAR, formed in the early 1990’s, hauled gear and supplies deep into rugged mountain terrain while also serving as hasty searchers that could travel multiple days into the wilderness areas and establish containment zones for backcountry searches.

King County Search Dogs (KCSD) formed in 1996, at a time when using K9s as working partners was an emerging field. Considered by some as the grandfather of scent detection K9 work, early founders of KCSD went on to publish books and white papers on the subject and have testified in court cases as subject matter experts. Today KCSD still trains under the watchful eye of these founding members and continues their tradition of strong human-K9 partnerships.

Within quick succession came the King County Incident Support Team (KCIST), a small but impactful team providing essential support for SAR operations. IST provides Incident Command System expertise for incident management, planning, logistics, administration, and communications at search and rescue missions and large scale special events in King County, Washington. Often working in the background of an incident, their skills and expertise are not to be understated.

For another 20 years the SAR teams in King County continued to evolve and grow as the scope and pace of their work increased measurably. While the overall volume of search incidents declined, comparative to rescues, the dynamics around search operations began to shift in the early 2000’s largely due to advances in cell phone and GPS technologies. Although searches were becoming less frequent, when they did occur, they were becoming larger multi-day operations requiring higher levels of acute resources and planning. 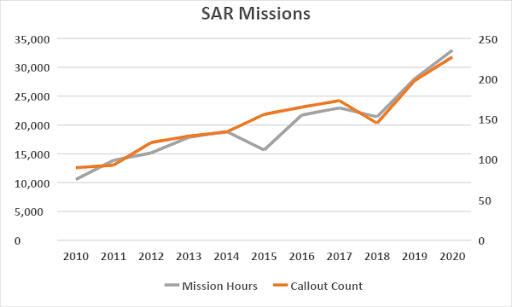 The need to move quickly and efficiently in backcountry areas became the impetus for the Regional Special Vehicles Unit in 2019. Utilizing off-road vehicles, ATV’s and UTV’s, responders could move more expediently to aid critical subjects and, in some cases, evacuate them to advanced care. Quick mobilization of gear and responders reduced risks and increased capabilities, often allowing teams to be inserted farther into the backcountry or filling a resource gap when helicopter operations were not available.

Despite the challenges of recent years, including those brought on by the COVID pandemic, our search and rescue organizations continue to be resilient. Learning to work more efficiently, we’ve grown in our adoption of advanced technologies and use of data to drive decisions. Being very busy and active means we get a lot of real-world experience which keeps our skills sharp. Being a large organization allows us to collaborate and train new responders and leadership to continue forward our decades long history of saving lives and bringing loved ones home.

Help us support our search and rescue volunteers and their operational units today. 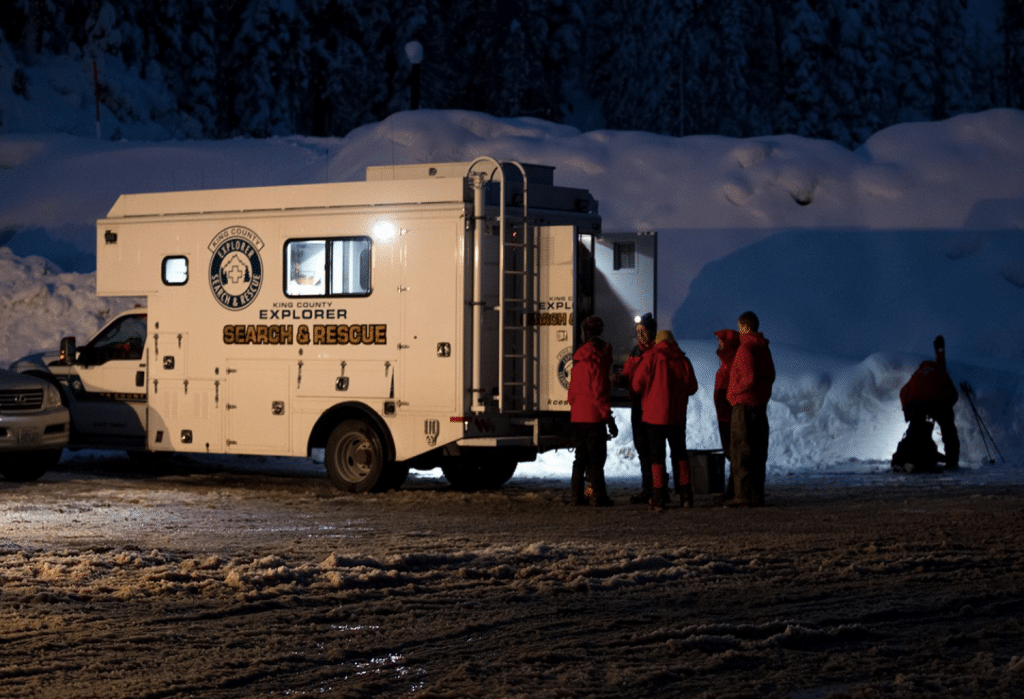 KCSARA is a 501(c)(3) not-for-profit organization; Federal EIN 91-1331555.
Our charitable solicitation program is registered with the State of Washington

Subscribe to be aware of all news from King County Search and Rescue.